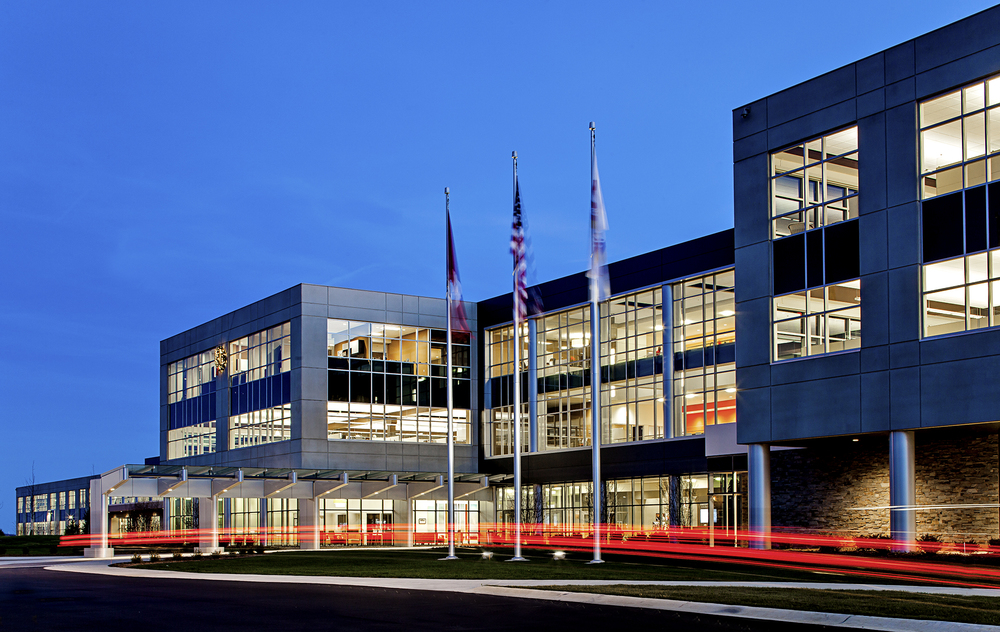 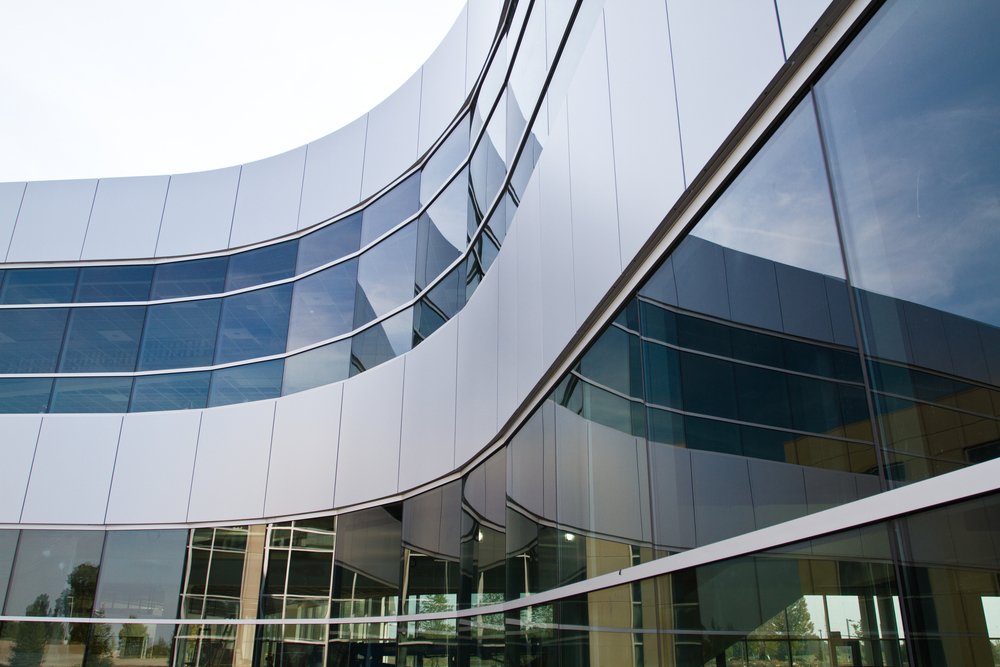 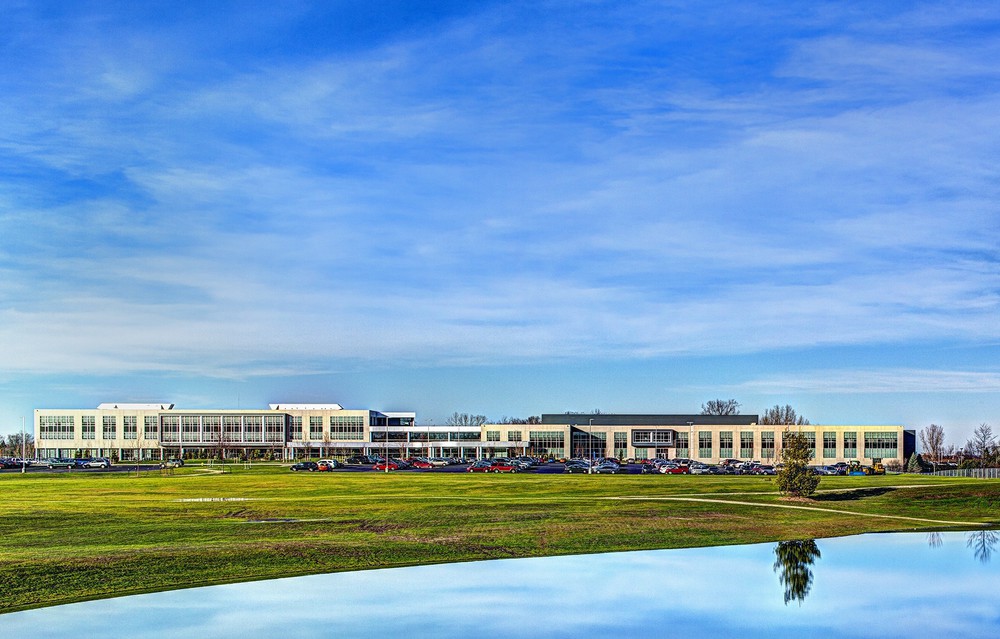 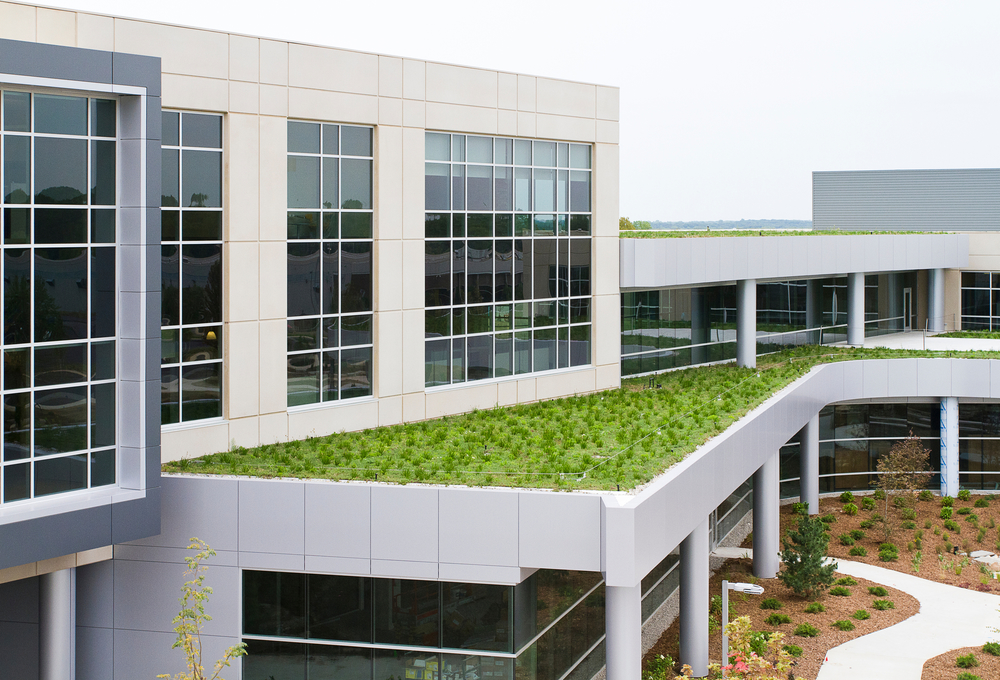 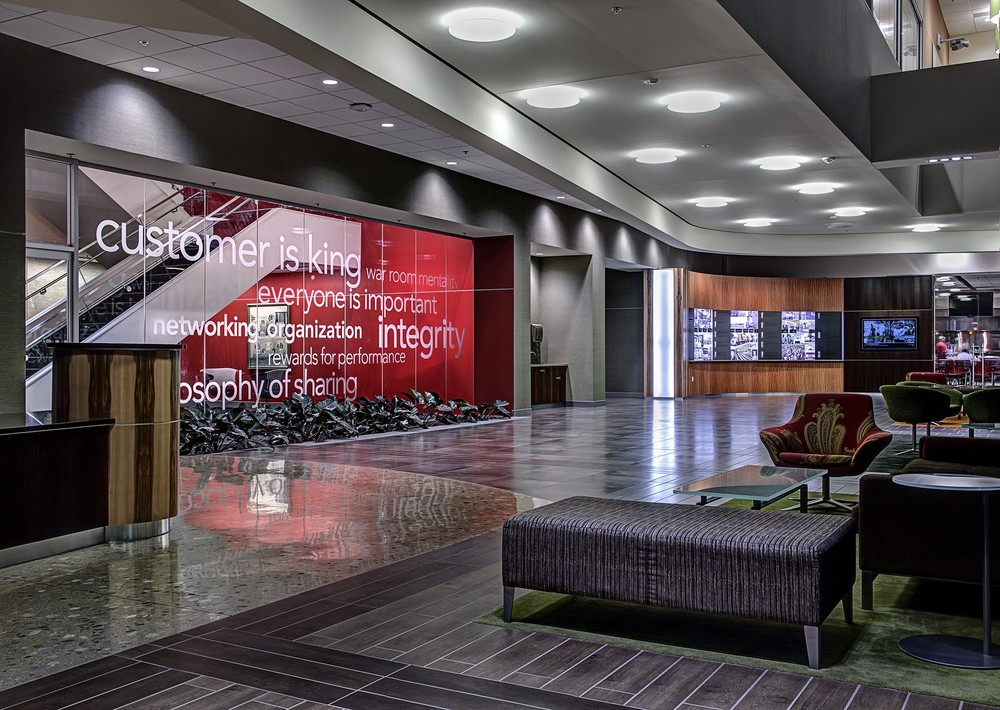 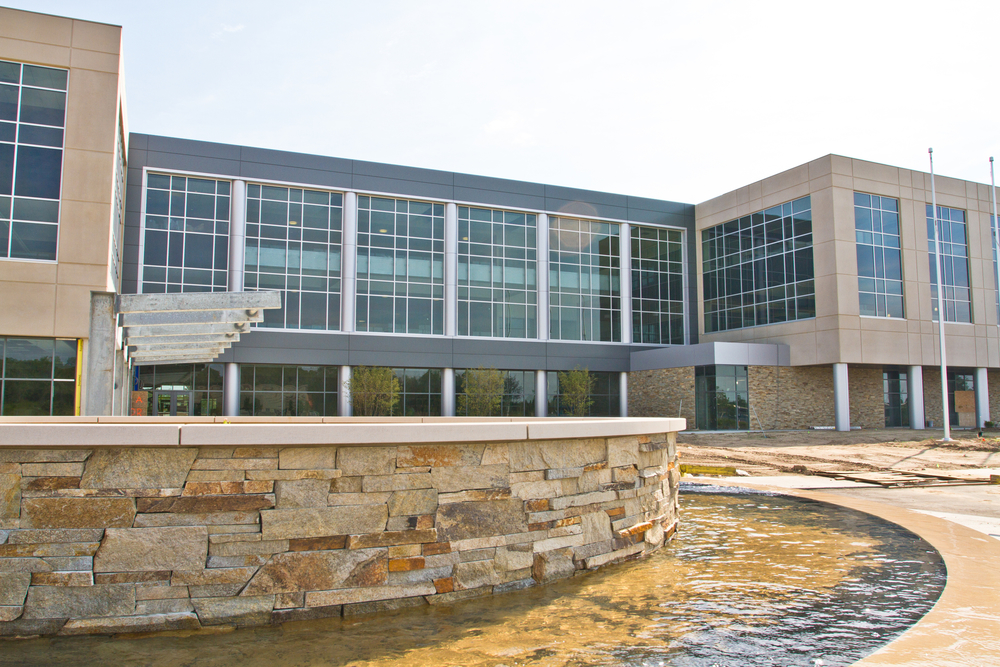 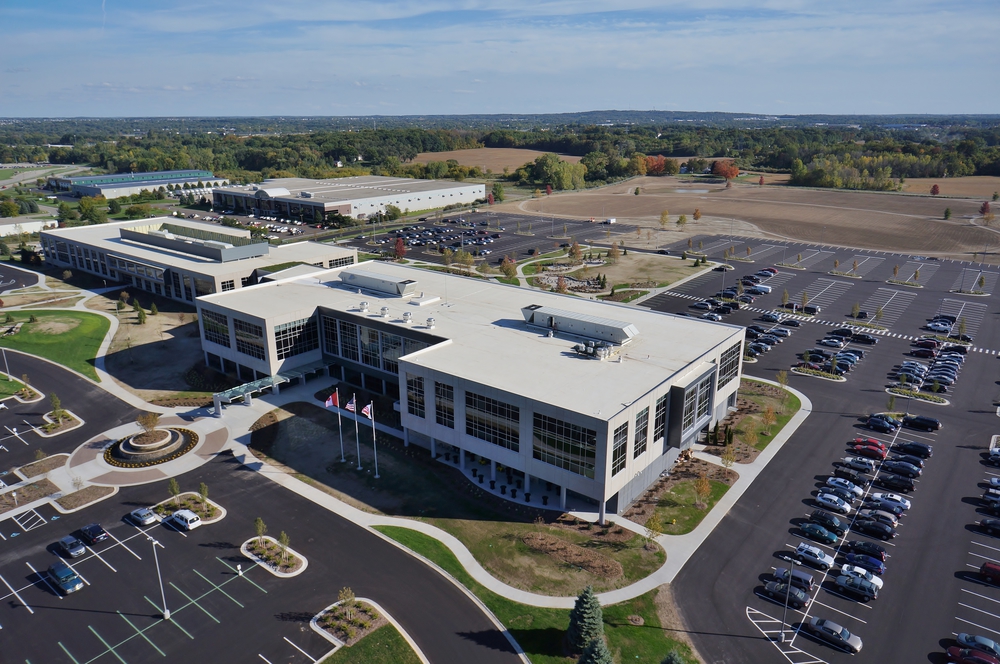 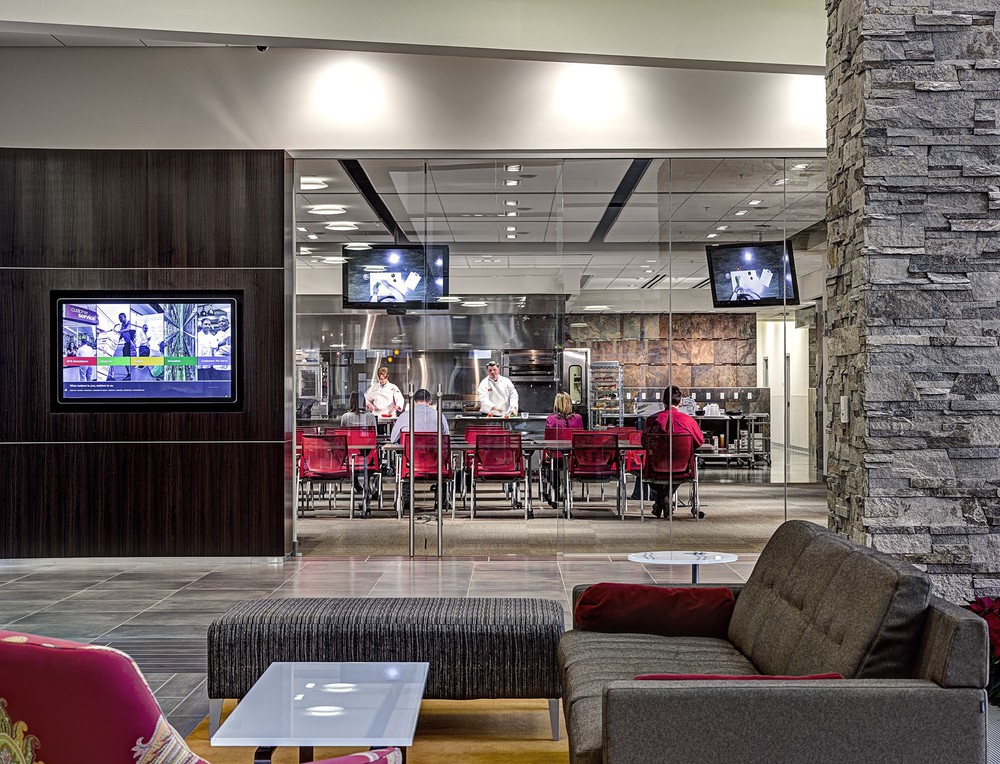 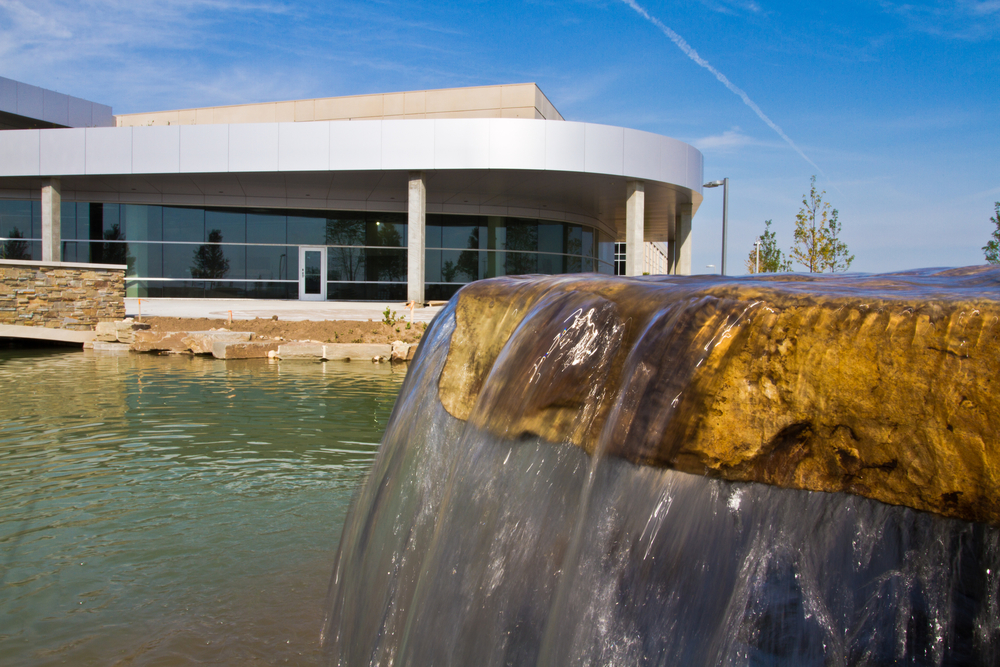 Gordon Food Service North American headquarters marks a great time when its office staff of 1,200 employees are under one roof. The building of the headquarters has been driven by the company’s goal to consolidate its North American back-office support services located in Canada positioning the food service company for future growth.

The Gordon family is credited with the forward-looking vision behind the facility. The message that comes through this facility is that the focus is on the customers, employees and the environment. This resulted in a down-to-earth, yet breathtaking facility.

The first floor of the West Building and connector provide the majority customer related venues including a test kitchen with three fully equipped commercial kitchens with supporting walk-in coolers and freezers. A test kitchen invites customers to sample the latest products and educates clients on preparing food supplied by Gordon Food Service with demonstrations by their very own chefs.

The employee areas were designed for total employee comfort for both day lighting and temperature control though the ability to control air flow and temperature for individual work spaces. Break out areas are strategically located giving employees options for comfortable collaborative and smaller intimate meetings.

Employee-requested features such as natural light along with showers, walking paths and bike racks, make it easier to exercise before, during or after work. Employees had a say in selecting their own desks and chairs, which were made by West Michigan furniture makers. Each office workspace can see the outdoors through the oversized windows that encircle the building. Immediately to the south outside of the connector is a large pond with three cascading waterfalls and outdoor gathering areas.

Sustanability: Two years in the planning and a lot of thought went into making the Gordon Food Service North American headquarters facility sustainable. The 386,000-square-foot facility is on a 50-acre campus with nearly all the investment sourced locally, from the contractors to the Steelcase furniture and Haworth floors to art.

The design involves an efficient envelope of a building, and a skeleton of energy-efficient features such as a floor air distribution and LED lighting. The design also focuses on harnessing renewable resources from geo-thermal heat to rainwater. The building maximizes renewable energy through 300, 400-ft deep wells on the campus of renewable energy–making this site the largest geo-thermal field in Michigan.

The headquarters are designed to accommodate future growth and with ample phone and data cabling each floor has two designated rooms with independently controlled cooling systems. The two large generators located at the far east of the properties were installed to keep the building, its computer systems, and all the employees completely operational in the event of a power failure. Four RTUs between the east and west buildings are capable of delivering 152,000 CFMs and generate static pressure under 238,000 SF of raised flooring.

The lighting systems are controlled via motion and BMS as part of LEED and energy conservation, in addition, all site lighting and much of the interior lighting was specified as LED fixtures. The building has been designed for LEED and is currently in process of USGBC review.